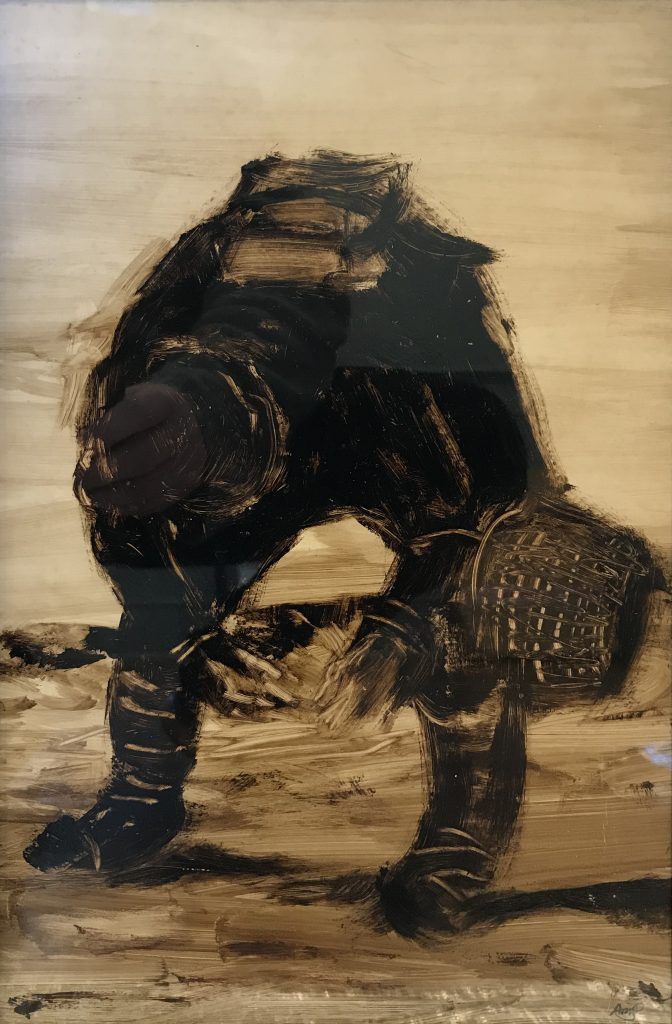 Untitled
Oil and bitumen
20.5 x 32.5cm
Signed
Framed
£975
biography
ANTHONY AMOS
1950–2010
Anthony Amos was born in Bristol in 1950. At the age of 16 he joined the Merchant Navy and spent the next twenty five years at sea working on trawlers, tugs and deep-sea cargo ships. He returned for a short while to his home town to help in the restoration of Brunel’s SS Great Britain. Throughout his travels he filled hundreds of sketchbooks with skilful drawings and detailed notes on the places and people he obvserved. He was an avid reader with a huge thirst for knowledge. If he was in port long enough he would go off to the local library and pour over old history books and books of art devouring every detail.

In the early 1990s he moved to Devon and began to paint full-time exhibiting widely, mainly in the South West but also in Dublin, Bristol and London at the Mall Galleries, where he was a prize-winner at the Royal Society of Marine Artists.

Amos developed his own unique style of painting. He used water-mixable oils, often mixed with bitumen, and preferred to paint with his fingers and bits of rag, scoring the surface and often leaving thumb prints on the hard white board. He loved the physicality of painting, it was his passion, and he captured beautifully those moments in time, of almost fogotten memories, celebrating human endeavour and endurance.

When he died suddenly, before he reached the age of sixty, it came as a huge shock not only to his family and friends, but also to those who loved his work and had watched him develop into the fine artist he became. He left behind a void that will never be filled, but also a legacy of astonishing accomplishment which will endure into history.