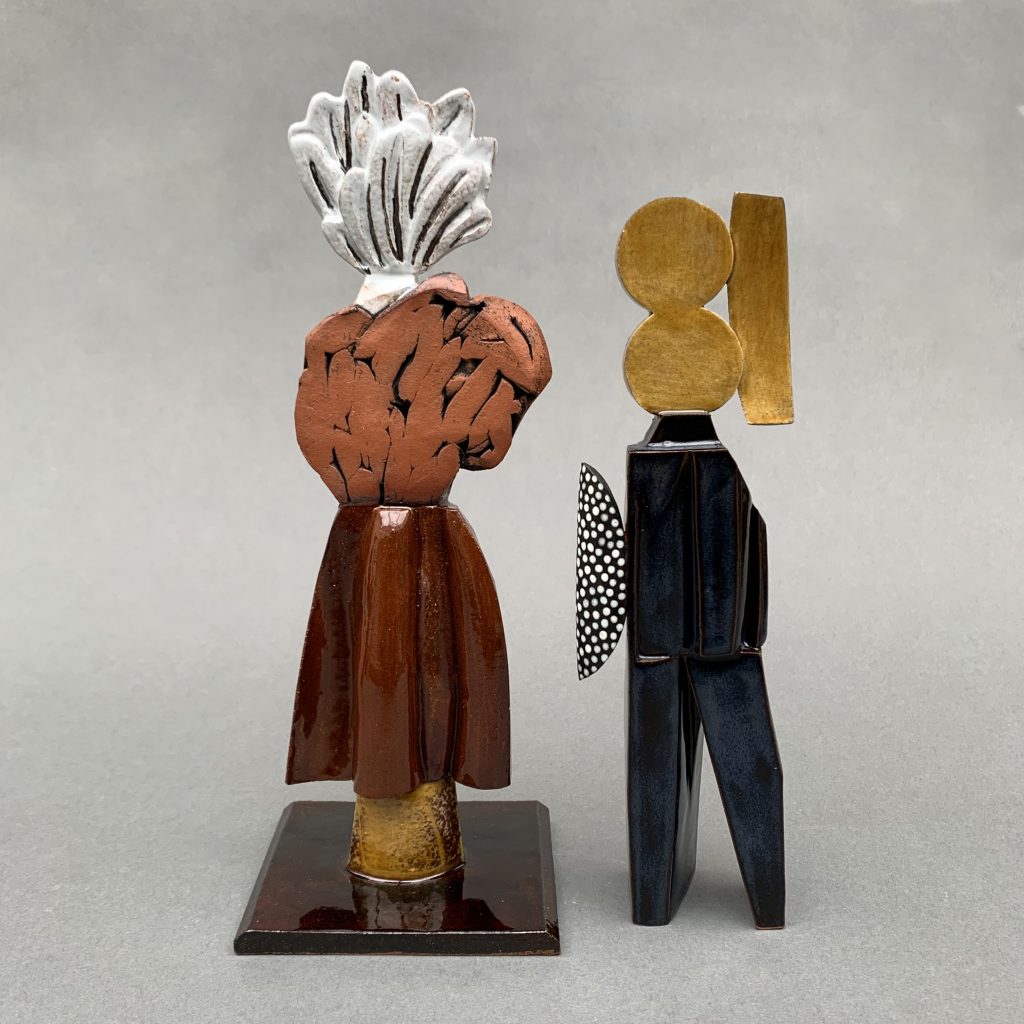 Aude Van Ryn lives and works in London. Originally from Brussels she moved to the UK in 1991 to study illustration. After studying at Central St Martins and the Royal College of Art Aude joined Heart illustration agency and worked as a freelance illustrator for 20 years. Over the last few years, being gradually drawn to ceramics, she established her own studio and followed a ceramics diploma course at CityLit. She has exhibited her work in the UK and abroad.
Her practice explores the aesthetic of forms found in nature, everyday objects and in the human figure through clay. Influences and visual inspiration come from various sources, from mid 20thth century art movements to ceremonial objects from primitive and ritualistic cultures. The pieces are intriguing and curious yet familiar and tactile – their role or purpose undefined, allowing the viewer not to be overly guided and for the sculptures to have a language of their own. Her approach to work is through seeing and making, texturing clay, cutting, assembling, composing and creating alongside a visual vocabulary.