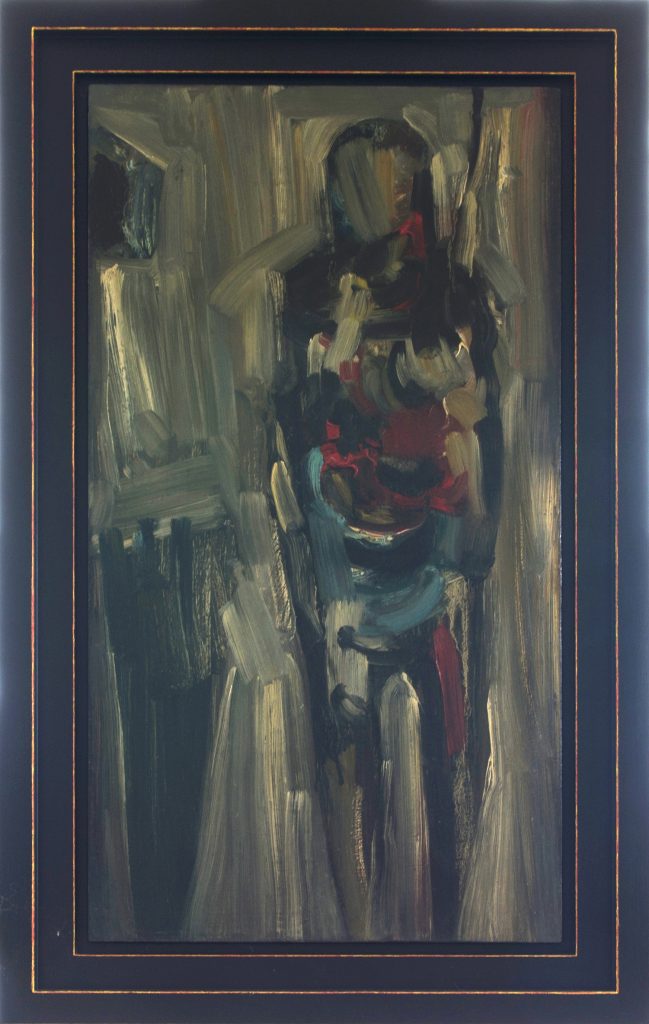 Bob Crossley was a painter influenced initially by the Impressionism of the early 20th century whose work is informed most tangibly by the post-war Modernism of the 1950s.
His distinctive approach to painting was informed by an uncompromising and rigorous philosophical and ethical stance, which imbued his work with an undiminished integrity. His oil paintings – generally abstracted treatments of either figure or landscape – are characterised by a ‘wet-in-wet’ approach that holds respect for the unity of the picture plane as paramount.
His brushwork is guided by an insistence on spontaneity, rhythm, improvisation, the possibilities of chance, and the perfection of practise. These qualities are combined with an unerringly harmonic sense of colour and tone colour (predominantly of an ‘earthy’ nature) in the creation of works that are instantly recognisable as his own. However, despite a successful career and the deep respect of many of his peers and collectors (stemming from the consistently high quality of his oil paintings, his unique style of acrylic painting, and the commercial success of around 50 editions of screenprints in the late 60s and early 70s), Bob Crossley’s work has, in some respects, not received the full accolades it so richly deserves.