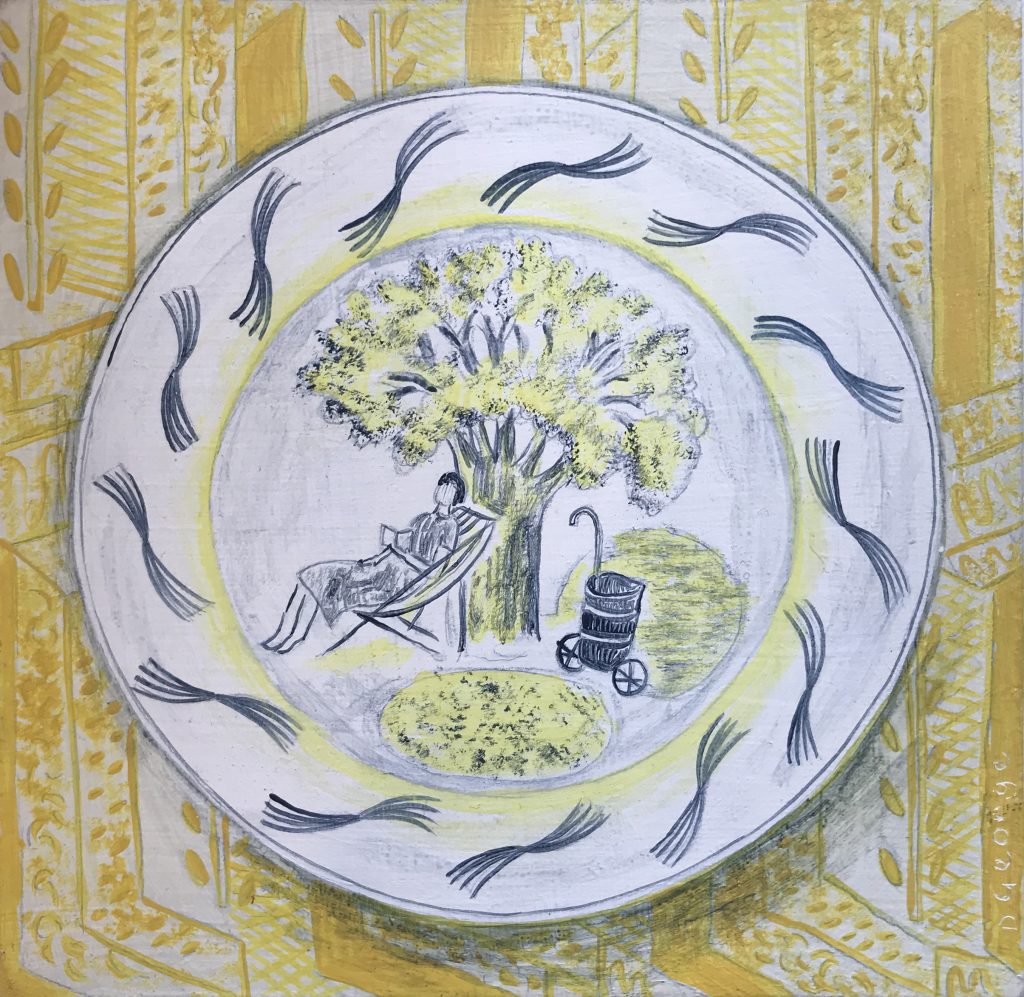 The Ravilious Plate
2019
Acrylic on board
Unframed
11 x 11cm
Signed
£220
biography
Debbie George’s work is a celebration of her passion for flowers and the objects with which she surrounds herself – from ceramics to fruits, feathers and stones. Landscape is an important influence that underlies her paintings, whether they are of particular places or still-life compositions.

Frequently she assembles flowers or objects within the foreground of a painting and sets them against a far landscape, so that you sense a domestic space opening out into nature: both spaces are revealed with surprising clarity and with a perspective that is uniquely the artist’s own. The carefully selected objects – some found or given, others acquired especially for painting – are equally carefully positioned, to the extent that the space between them, or emptiness around them, is highly resonant.

Working with the ancient medium of gesso, with which she primes her panels, Debbie George builds up layer upon layer of paint creating a wonderful luminosity and depth that she reveals by scratching into and through the layers: an inscribing that she also uses to emphasise form. By doing so she expresses subtle tonal and sculptural qualities. This body of work is influenced by the landscape and surroundings of her home in the hills of West Yorkshire; beaches in Norfolk and Scotland and Cornwall. Their varied landscape forms and qualities of light drift through Debbie George’s paintings, which although sometimes small in size, have a richness and intensity that far exceeds their scale.