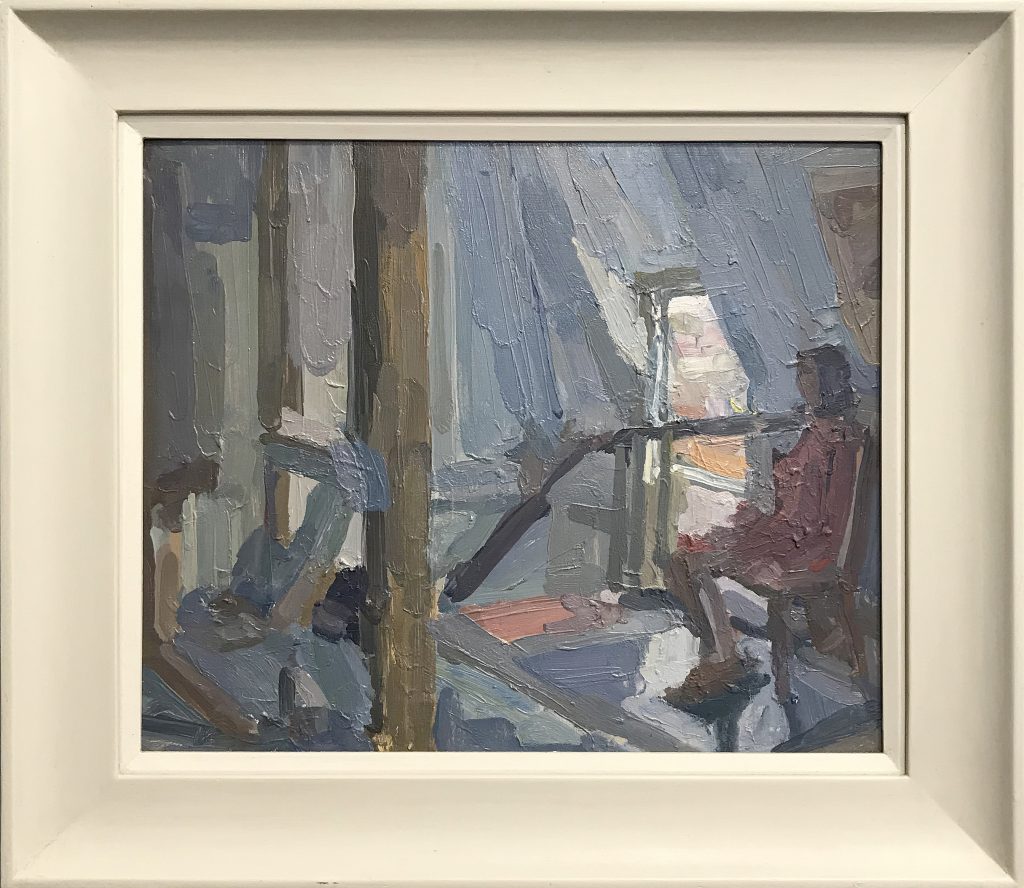 Model in artist’s studio
Oil on board
44.5 x 37cm
£600
biography
FRANCIS HOYLAND (b. 1930)
Painter, printmaker, teacher, writer and art critic, Hoyland was born in Selly Oak, Birmingham 1930. He studied at Camberwell School of Art, 1946–49; Slade School of Art, 1949–50; and was awarded an Abby Minor Scholarship to Italy in 1951.
Teaching posts included Royal West of England Art School, 1954–59; lecturer at Chelsea School of Art, 1960–66; senior lecturer at Camberwell School of Art from 1966; and Course Director of Fine Art, Camberwell College of Arts, 1989–92. He has taken part in several radio and television broadcasts, was art critic for ‘The Listener’ during the 1960’s and has written three books, including ‘Alive To Paint’, published by Oxford University Press in 1967.
Hoyland has received many private commissions, including one for a series of religious works entitled ‘Life of Christ’ for Southwark Cathedral. He continues to exhibit and his work is held in numerous private and public collections both in the UK and overseas, including the British Museum.