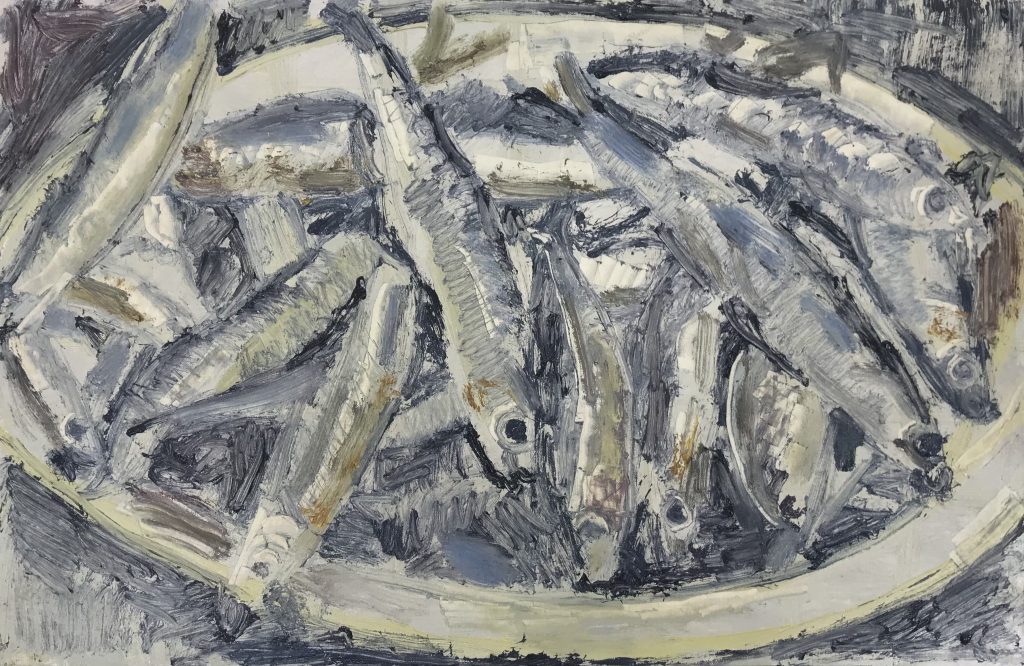 Grant Watson’s colourfully expressive paintings include landscapes, studies of scenes of every day urban life, cityscapes and still lives. Every day and pastoral subjects seem imbued with a passion for heightened hues, contrast, texture and as well the act of painting. Much of Grant’s painting is finished in one session, and the neo-Fauvist style of his pictures has a joyful nostalgia, what he describes as a “a mourning of the time that has passed.” Similarly there is a way of treating the surface of the picture that connects Grant’s transformative approach to painting to that of the Fauvists and other classical modernists, whose work was similarly governed by an entirely subjective yet rhythmic treatment of mark making and pigment. The artist notes: I like to transform an image in some way, to take it to unknown territory rather than a literal translation in paint.”

For many, it is the quality of abstraction and voluptuousness of colour in Watson’s work that intrigues, in the way the paint itself seems sometimes a subject. In the paintings, the artist uses the device of schematic division and flatness. He has laid out arrangements of shapes, colours with areas of exposed canvas or white spaces, which as a whole become form and even pattern. Watson’s virtuosity in capturing the relationship between observation and representation and qualities of abstraction make his work startling beautiful. Of this way of building harmony and dissonance, he shares: “I think at the end of the day all paintings are abstract, by virtue of the fact that they are made up of an arrangement of shapes and colours; I think I relish this fact, perhaps particularly as I come from a background of abstract painting. I use an image as a starting point and respond through form and mark making and attempt to create a rhythmic space within which feelings and sensations can potentially be clarified.”