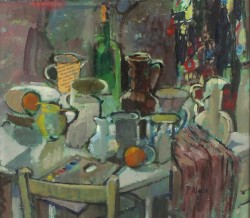 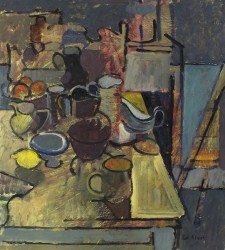 In 1964 she moved to Cornwall to a cottage near Nancledra where she painted the beautiful surrounding country. In 1975 she moved to St Ives where her subjects were intimate interiors with everyday objects, often a window or a nude figure.

From 1994 to 1996 she worked in the United States, exhibiting in San Diego, California and Dallas, Texas. On returning to Cornwall she settled in Marazion.

Pat Algar has exhibited in many mixed shows and galleries in Cornwall including the Rainyday Gallery, London and many other parts of England. Her work was bought by several collectors including Winsor and Newton and the Falmouth Art Gallery.