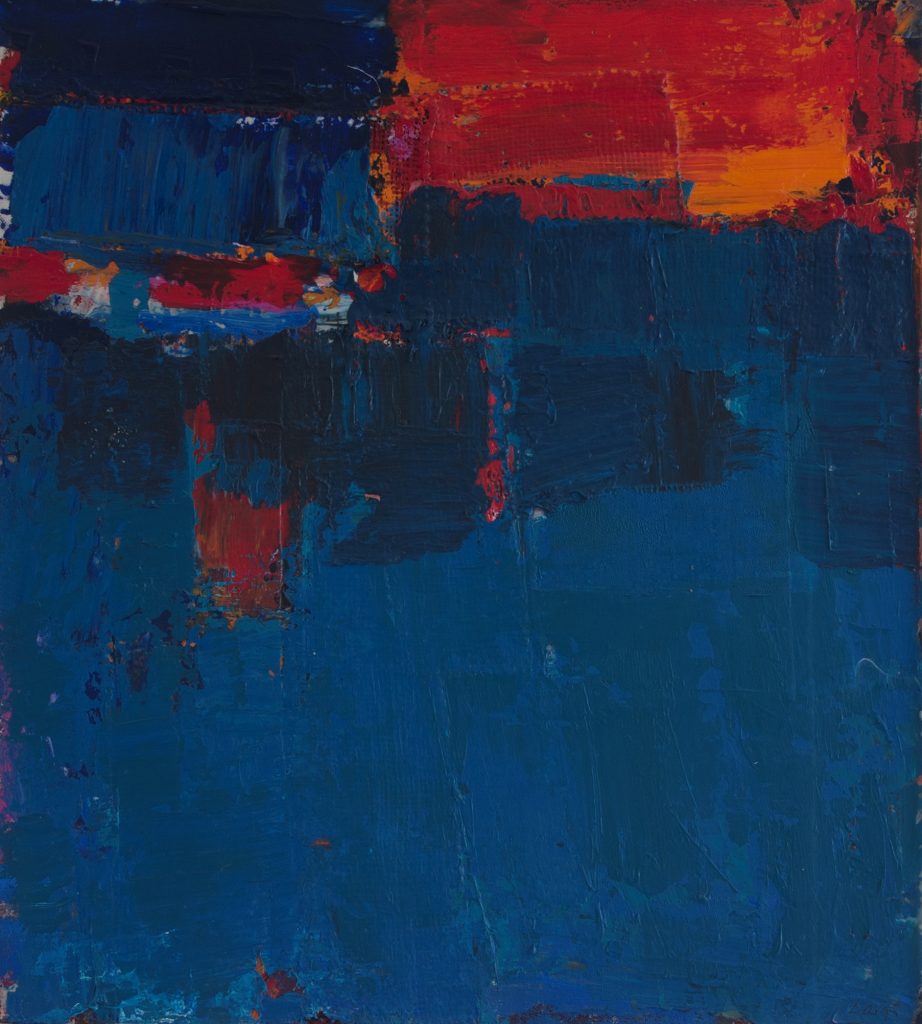 Roger Large 1939–2019
Roger Large’s reputation in the South West grew considerably over very active and successful decades. He lived and worked in the Quantocks, and was a compulsive and non compromising painter. His work gained the acclaim of individuals and critics alike and is held in countless private and public collections.

He never looked back from these early years and his work has been exhibited at the Royal Academy and other important London venues. He has also had a large number of one-man shows notably in St Ives, Cornwall, Bath and Plymouth.

He is included in a publication by art critic and author Peter Davies entitled ‘The Northern School’, which charts the progress of many well known painters from their early years at the Liverpool College of Art (Roger’s birthplace).