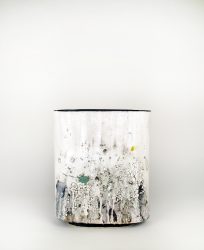 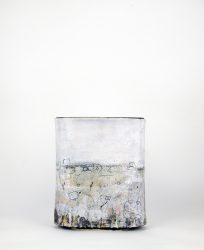 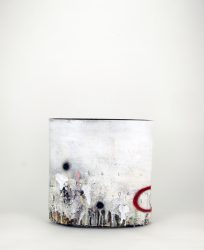 Essentially a potter by training he manages to extract a deeply involved and descriptive quality to his ceramics. Each piece starts as a simple form, a surface is then built up using slips, oxides and glazes, often being worked many times over. The use of scored lines, random marks and a sombre palette help to create a tension where drawing and form cohabit together.

2017
The stars they are. Berg Gallery, Stockholm