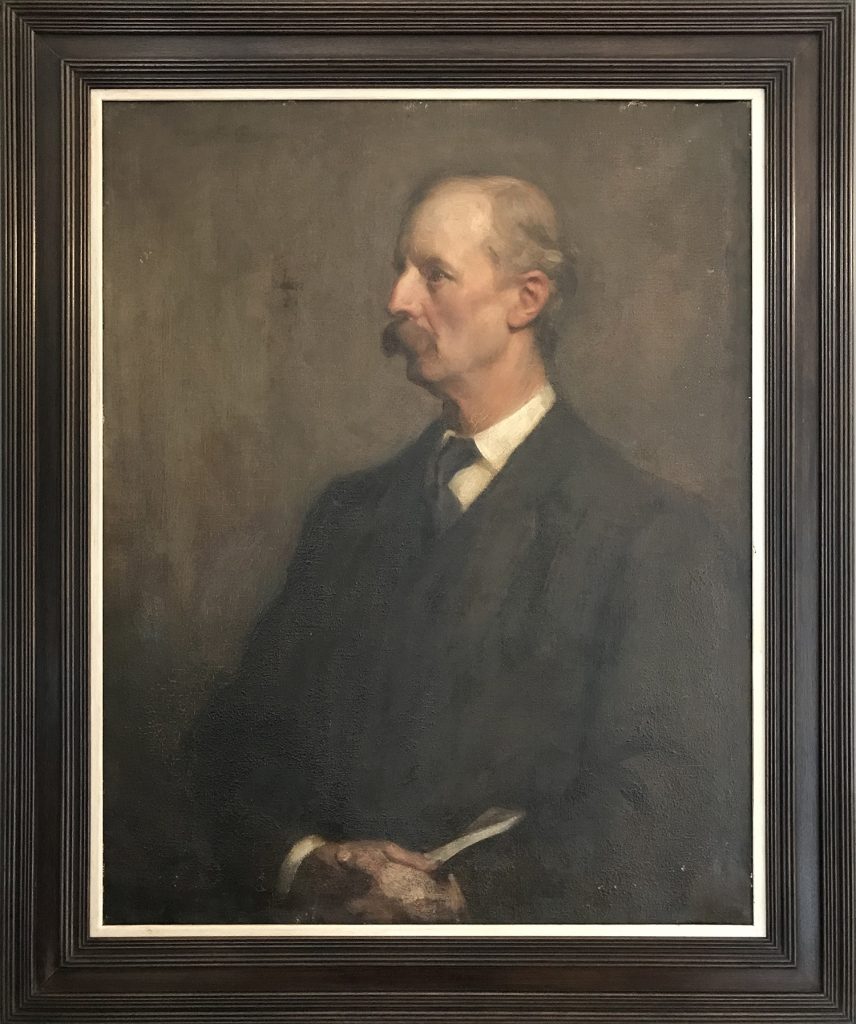 Scottish artist James Guthrie was born in Greenock and trained as a lawyer before turning to art. His early works of rural subjects painted with broad square brush strokes show the strong influence of French painters such as Bastien-Lepage. After brief but stimulating periods in London and Paris, he committed himself to painting directly from nature in Scotland. Guthrie also experimented with pastel drawings and later established a reputation as a successful portrait painter. He became president of the Royal Scottish Academy in 1902 and was knighted the following year.

Pioneering Painters: The Glasgow Boys 1880–1900 marked the first major exhibition devoted to the Glasgow Boys since 1968. Opening at Kelvingrove Art Gallery and Museum in April 2010, before moving to the Royal Academy of Arts in Oct. Key Guthrie works on show include A Hind’s Daughter (1883), To Pastures New (1883), A Highland Funeral (1882), and the splendid portrait Old Willie – The Village Worthy (1886).