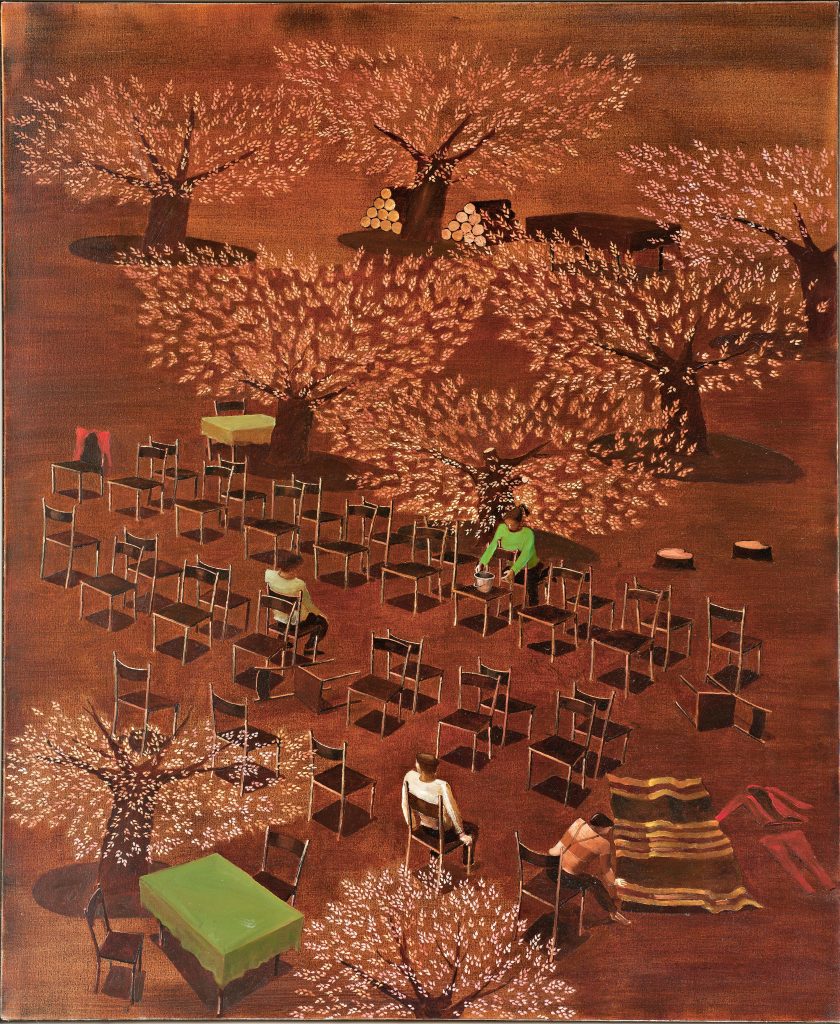 Stephen Chambers studied at Winchester School of Art from 1978 to 1979 and then at St Martin’s School of Art from 1979 to 1982. He graduated with a Masters from Chelsea School of Art in 1983. Chambers has won many scholarships and awards, including a Rome Scholarship, a Fellowship at Winchester School of Art, and a Mark Rothko Memorial Trust Travelling Award. Besides his painting and printmaking, Chambers has also collaborated on three dance projects with the Royal Ballet: Sleeping with Audrey (1996), Room of Cooks (1997, 1999) and This House Will Burn (2001). Chambers has said that his work “speaks of states of mind, behaviours and sensibilities”, and critics have praised his use of colour.

Chambers’ most recent major project is The Court of Redonda, a large portrait series shown first in Venice during the 2017 Biennale, and subsequently at The Heong Gallery at Downing College, Cambridge. Chambers has a long association with Downing College, having been Artist in Residence at Kettle’s Yard in 1998. He also received an Honorary Fellowship from Downing College in 2016.