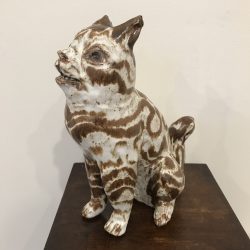 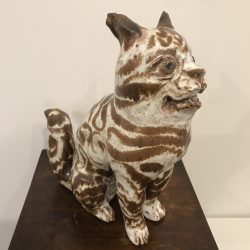 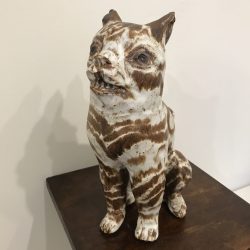 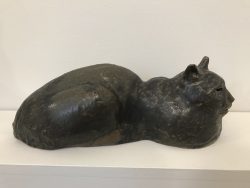 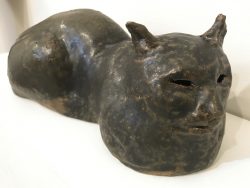 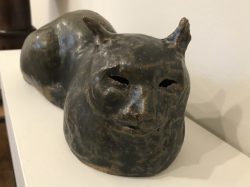 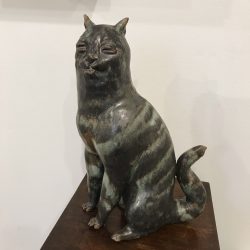 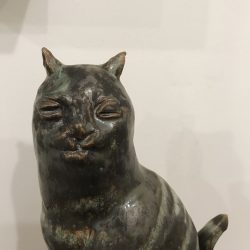 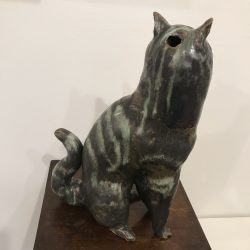 Born 1966 in Kent, England, Susan studied studio ceramics at her local art school, the Medway College of Art and Design from 1984-1988. During this time she was awarded a scholarship by the Royal College of Art in London. She graduated MA with distinction in 1990.
After a residency at the Banff Centre for the Arts in Canada, she established her studio in London, exhibiting widely through the United Kingdom and Europe. Susan also became a visiting lecturer to many colleges and universities including Royal College of Art, Central St. Martin’s, Manchester Art School, The Cardiff Institute and Bath School of Art. Her work is represented in several public collections, including The Sackler Foundation, Victoria and Albert Museum (London) and Stoke-on-Trent Museum and York City Art Gallery.
In 1998 she married American illustrator Chris Murphy and moved to the USA, setting up her home studios first in Connecticut then Massachusetts.
In 2018, Susan returned to her native UK and is currently resident artist at the University of York. She lives in the East Riding of Yorkshire.

“My obsession with animals and animal imagery has been more or less constant since my childhood so it is beyond doubt that they should be the dominant subject in my work. It seems right and the most honest creative front available. I do believe that part of my drive to make animals is tied up in the primitive need to possess them – like effigies and totems. In my sculpture I’m trying to create an image which traps a kind of animal truth. Direct representation does not interest me. I strive to create work which reinvents animal form, enhancing the facts without being slavish to mere appearance. Dog, Horse, Bird, Pig, Sheep and Goat are recurring themes.”